Meet the Commission for Nova Scotia. Every commission has three members: a judge appointed by the Chief Justice of the province and two other members appointed by the Speaker of the House of Commons. Their role is to review the federal electoral boundaries for their province. 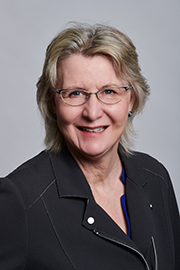 Louise Carbert is Associate Professor of Political Science at Dalhousie University in Halifax. She received her PhD in political science from York University in 1991 and has been at Dalhousie since 1996. Her teaching and research are in the areas of elections, political parties, and political behaviour. She was a member of the 2012 Electoral Boundaries Commission for Nova Scotia. 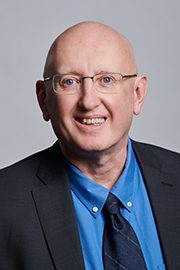 Dr. David Johnson, a Full Professor at Cape Breton University in Sydney, Nova Scotia, has been teaching Political Science for over 30 years, specializing in Canadian Politics and Government, Canadian Public Administration and Public Policy, and the Canadian Constitution. His latest book is entitled, Battle Royal: Monarchists vs. Republicans and the Crown of Canada, Toronto: Dundurn Press, 2018. His previous books include Thinking Government: Public Administration and Politics in Canada, 4th ed., Toronto: University of Toronto Press, 2017 (a fifth edition of Thinking Government will be forthcoming in the summer of 2022), and Restraining Equality: Human Rights Commissions in Canada, with R. Brian Howe, Toronto: University of Toronto Press, 2000. His newspaper articles appear regularly in Saltwire's Political Insights column.