Meet the Commission for Quebec. Every commission has three members: a judge appointed by the Chief Justice of the province and two other members appointed by the Speaker of the House of Commons. Their role is to review the federal electoral boundaries for their province.

The Honourable Jacques Chamberland, retired judge of the Court of Appeal of Quebec (Chair) 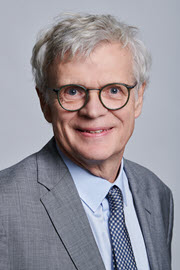 Called to the Quebec Bar in 1972, Mr. Chamberland practised law with the firm Lavery, in Montreal, until his appointment, in March 1988, as Deputy Minister of Justice of Quebec. He continued to serve in these capacities until his appointment to the Quebec Court of Appeal in June 1993. Justice Chamberland has been deeply interested in issues dealing with the international protection of children and the related private international law conventions, particularly with regard to the civil aspects of international child abduction. From 2000 to 2010, he chaired the Research Ethics Board of the Montreal Clinical Research Institute. From November 2016 to December 2017, Justice Chamberland chaired the Commission of Inquiry on the Protection of the Confidentiality of Journalistic Sources. He subsequently resumed his duties as a judge at the Court of Appeal until his retirement on October 11, 2021. 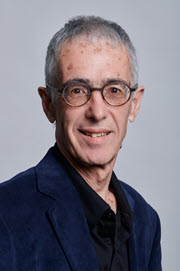 André Blais is a professor in the Department of Political Science at the Université de Montréal, where he is also the Research Chair in Electoral Studies. He holds a bachelor's degree (Université Laval) and a doctorate (York University) in Political Science. The primary focus of his research is on electoral systems and behaviour as well as on the decision to vote or abstain. Mr. Blais has published more than 20 books and more than 230 articles in scientific journals. He has received several awards, including the Insight Award (Social Sciences and Humanities Research Council of Canada), the Prix Léon-Gérin (Prix du Québec), the Killam Prize (Canada Council for the Arts), the Mildred A. Schwartz Lifetime Achievement Award (American Political Science Association) and the Donald Smiley Prize for the Best Book on Canadian Politics (Canadian Political Science Association). 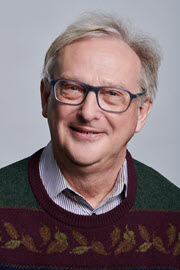 Louis Massicotte has degrees in Political Science from Université Laval and Carleton University. Now retired, he was formerly an associate professor at the Université de Montréal and a full professor in the Department of Political Science at Université Laval. He spent a year in Washington, D.C., as a visiting professor at American University. He was also involved in the democratic development of 13 countries, particularly in Africa and Eastern Europe. His academic work focuses primarily on democracy, political institutions and electoral systems. His work has been published widely, including by the Presses de l'Université Laval, Oxford University Press, Toronto University Press and in the Revue internationale de politique comparée. His expertise has been sought by the UN, the Inter-Parliamentary Union, the International Foundation for Electoral Systems (IFES), the Francophonie, Elections Canada and the Canadian and Quebec departments of justice.