Meet the Commission for Alberta. Every commission has three members: a judge appointed by the Chief Justice of the province and two other members appointed by the Speaker of the House of Commons. Their role is to review the federal electoral boundaries for their province. 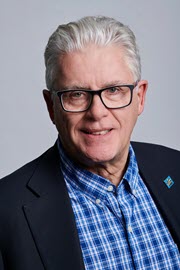 Justice McDonald was born in Calgary and is a fourth generation Albertan. He received his B.A. (with distinction) in 1969 from the University of Calgary, and his LL.B. in 1972 from the University of Toronto. He articled to William A. McGillivray, Q.C. at the firm of Fenerty McGillivray in Calgary, and was admitted to the Law Society of Alberta in September 1973. He continued with that firm until December 1975. From January 1976 until his appointment to the Provincial Court of Alberta, Justice McDonald practiced law at the firm Bennett Jones LLP (and its predecessors) specializing in the areas of civil litigation and insolvency law. In the course of his practice Justice McDonald appeared as counsel in all courts in the Province of Alberta, most frequently in the Court of Queen's Bench of Alberta and the Court of Appeal of Alberta. He also appeared as counsel on several occasions before the Federal Court of Canada and the Supreme Court of Canada. He was appointed Queen's Counsel in 1998.

Justice McDonald has made numerous contributions to legal education in Alberta as a lecturer on creditors' rights at the Bar Admission Course for several years, and lecturing at seminars on various topics sponsored by the Legal Education Society of Alberta, the Canadian Bar Association and other organizations. From 1983 to 1985, he was a member of the Review Panel for the Legal Aid Society of Alberta. 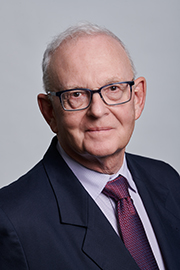 Donald Barry is a professor emeritus of Political Science at the University of Calgary. He holds a BA from St. Francis Xavier University, an MA from Dalhousie University, and a PhD from Johns Hopkins University. Among his books are: Canada's Department of External Affairs: Coming of Age, 1946–1968 (with John Hilliker); Icy Battleground: Canada, the International Fund for Animal Welfare, and the Seal Hunt; and Fishing for a Solution: Canada's Fisheries Relations with the European Union, 1977-2013 (with Bob Applebaum and Earl Wiseman). 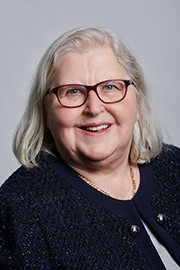 Donna Wilson is an expert practitioner of electoral administration. She was born and raised in Edmonton, Alberta, and attended the University of Alberta. She began her work with Elections Canada in 1986 as an assistant returning officer and, three elections later, was appointed as a returning officer. She has since administered nine federal elections, one provincial election, one referendum and two judicial recounts and served on a number of working groups with Elections Canada. She assisted in the 1994 South African general election, that country's first post-apartheid election. She also served as a member of the 2012 Federal Electoral Boundaries Commission for Alberta.