Meet the Commission for Manitoba. Every commission has three members: a judge appointed by the Chief Justice of the province and two other members appointed by the Speaker of the House of Commons. Their role is to review the federal electoral boundaries for their province. 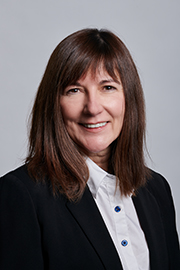 Justice Cameron received her BA (Distinction) and LLB from the University of Manitoba in 1985 and 1988, respectively. She was called to the Manitoba Bar in 1989. She was appointed to the Manitoba Court of Queen's Bench on February 3, 2011, and to the Manitoba Court of Appeal on November 2, 2012. Prior to that, she was a Senior Crown Attorney with Prosecution Service, Manitoba Justice where she had worked for the majority of her career. From 2004–2010, she was Crown Counsel for the Constitutional Law Branch, Civil Legal Services, Manitoba Justice. Justice Cameron has held many roles within the administration of justice. For the Manitoba Bar Association, she served as Council Member, Co-Chair for the Criminal Justice and the Constitutional and Human Rights Sections, Supreme Court of Canada Liaison and Judicial Co-Chair of the Women Lawyers Forum. Since 2015, she has been the Judicial Nominee and Chair of the Federal Judicial Advisory Committee for Manitoba. Since 2016, she has been a Board Member of the Canadian Chapter of the International Association of Women Judges where she currently holds the position of Vice-President. She has worked on several court committees and has made numerous presentations to the profession, police agencies and the public. She strongly believes in community service. Prior to her appointment to the Court of Queen's Bench, she was Vice-Chair for the Liberty Local of the Manitoba Métis Federation, on the Board of Directors for Teen Touch Manitoba and a volunteer for the Winnipeg Humane Society. 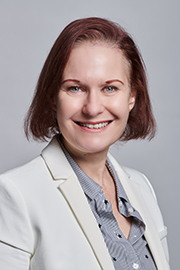 Kelly Saunders is an Associate Professor in the Department of Political Science at Brandon University. A lifelong Manitoban and graduate of the University of Manitoba, she teaches a number of courses in the area of Canadian Politics, public policy and gender. Her research focuses on Metis politics and governance in Canada as well as provincial politics in Manitoba. Dr. Saunders served on the 2012 Electoral Boundaries Commission and is honored to serve in this capacity once again. 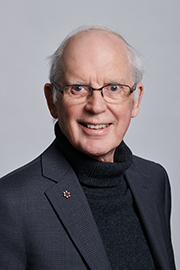 Dr. Paul G. Thomas is professor emeritus in Political Studies and the former Duff Roblin Professor of Government at the University of Manitoba. Dr. Thomas is the co-editor and contributor to the book Manitoba Politics and Government (University of Manitoba Press, 2010). He has also written approximately 200 articles and chapters in books on Canadian politics and public administration. He has served on numerous committees appointed by the federal, provincial and municipal governments. In addition to winning multiple teaching and community outreach awards from the University of Manitoba, Dr. Thomas was awarded the Lieutenant Governor's Award for Excellence in Public Administration and the Vanier Medal for exceptional achievement in the field of public administration, and in 2012 was admitted into the Order of Manitoba. He also served on the Federal Electoral Boundaries Commission for Manitoba in 1982–1983, in 1993–1994 and again 2011-2012. From 2014 to 2018 he was a member of the Elections Canada Advisory Board.