Meet your commission – Newfoundland and Labrador

Meet the Commission for Newfoundland and Labrador. Every commission has three members: a judge appointed by the Chief Justice of the province and two other members appointed by the Speaker of the House of Commons. Their role is to review the federal electoral boundaries for their province. 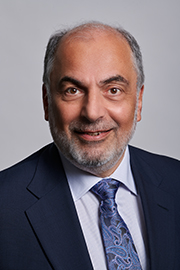 The Honourable Alphonsus E. Faour was appointed to the Supreme Court of Newfoundland and Labrador in 2003. He received a Bachelor of Arts degree from St. Francis Xavier University in Nova Scotia and a Bachelor of Laws degree from the University of British Columbia in 1977. He was called to the bar of Newfoundland and Labrador in 1978 and engaged in private legal practice in Corner Brook, Newfoundland. In 1985, he accepted a position to begin a public law practice with the provincial Department of Justice and, subsequently, worked as a senior executive member of the provincial public service as Deputy Clerk of the Executive Council and Associate Secretary to the Provincial Cabinet; and, until his judicial appointment, as Chair and Chief Executive Officer of the Public Service Commission of the province.

Justice Faour has experience as a member of Parliament, having been elected in a by-election in 1978 and re-elected in the general election of 1979.

During his time in the public service, Justice Faour was active in the Institute of Public Administration of Canada and served as national president in 2002-03.

While on the court, Justice Faour served as a lecturer in the Bar Admission Course of the Law Society of Newfoundland and Labrador. He was a member of several court committees, including for the development of legislation governing court administration in the province, and a review of the rules of the Supreme Court. He also worked with the National Judicial Institute in developing an education program for mid-career judges. 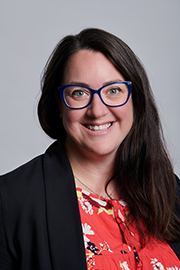 Dr. Amanda Bittner received her PhD at the University of British Columbia after completing her undergraduate studies at the University of Toronto. She is now a Professor in the Department of Political Science and Director of the Gender & Politics Laboratory at Memorial University. Her research focuses primarily on elections, voting, and public opinion, and she has won numerous awards for her research and mentorship. 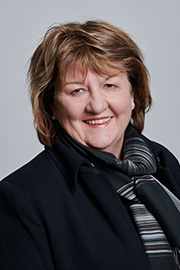 Ms. Julie Eveleigh has had an extended career as an educator and a consultant. She attended Acadia University in Nova Scotia and Memorial University of Newfoundland and has been active in several teaching and literary organizations over the years. She is a former member of the Board of Governors of the CNCC, now College of the North Atlantic, and served two terms on the Advisory Board of the Atlantic Canada Opportunities Agency (ACOA). She was a member of the 2005 Newfoundland and Labrador Boundaries Commission, and the 2012 Federal Boundaries Commission. Ms. Eveleigh lives and works in rural NL, and has served as the Mayor of the town of Comfort Cove-Newstead.