Meet the Commission for Prince Edward Island. Every commission has three members: a judge appointed by the Chief Justice of the province and two other members appointed by the Speaker of the House of Commons. Their role is to review the federal electoral boundaries for their province. 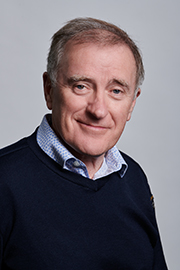 He earned a Bachelor of Arts in 1975 and a Bachelor of Education in 1977 from the University of Prince Edward Island. He received a Bachelor of Laws from the University of Saskatchewan in 1981, was admitted to the Bar of Prince Edward Island in 1982, and was appointed Queen's Counsel in 1996. Prior to becoming a judge, he was a partner with Stewart McKelvey Stirling Scales from 1986 to 2008, an associate with Scales, Jenkins & McQuaid from 1984 to 1986, and an associate with Foster, O'Keefe from 1982 to 1984. He has appeared before all levels of courts, including the Federal Court, the Federal Court of Appeal and the Supreme Court of Canada, as well as numerous administrative tribunals. His main areas of practice were criminal law, labour and employment law, administrative law and civil litigation.

He was an instructor at the Bar Admission Courses in criminal law from 1995 to 2007 and president of the Law Society of Prince Edward Island from 2001 to 2003. He has published several articles for the National Criminal Law Program of the Federation of Law Societies of Canada.

The Honourable John K. Mitchell resides in Charlottetown with his wife Claire Nantes.

Kerri Carpenter is a lawyer and entrepreneur. She studied economics at Dalhousie University and then completed a law degree at the University of New Brunswick. She's been a lawyer with the Atlantic Fusion Law Group since 2010 and owns KC Immigration Services, a small firm that provides immigration and legal services to clients immigrating to Canada. Kerri is not only involved in the legal community as a former Chair of the Canadian Bar Association (CBA) PEI Branch Immigration Law Section and former CBA PEI Branch President, but she is also active in her community, volunteering with youth hockey organizations such as the Pownal Minor Hockey Association. Moreover, she was a member of the Electoral Boundaries Commission for Prince Edward Island in 2017. 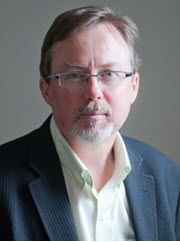 Don Desserud holds a BA and an MA from Dalhousie University and a PhD in Political Science from the University of Western Ontario. Moreover, he has an MA in English and Creative Writing from the University of New Brunswick. He currently teaches political science, including courses on elections and electoral systems, at the University of Prince Edward Island. His research interests include parliaments and legislative assemblies. He frequently comments on political issues on local and national media. Aside from being a professor, Dr. Desserud is a freelance columnist, creative writer, broadcaster, political analyst, and consultant. He's been published many times in journals such as The Canadian Political Science Review, the Journal of Parliamentary and Political Law and the International Journal of Canadian Studies.