Meet the Commission for Ontario. Every commission has three members: a judge appointed by the Chief Justice of the province and two other members appointed by the Speaker of the House of Commons. Their role is to review the federal electoral boundaries for their province. 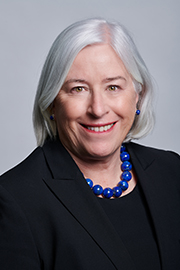 Lynne Leitch graduated from Western Law in 1978 and practised commercial law until her appointment to the Superior Court of Ontario in 1992. She was appointed a regional senior judge by the Minister of Justice in November 2003 and served in that position until November 2009 when she was re-appointed as a judge of the Superior Court.

She is a Past President of the Canadian Superior Courts Judges' Association and former Chair of the committee responsible for submissions on behalf of the Canadian judiciary to the quadrennial Judicial Compensation and Benefits Commission.

As the nominee of the Chief Justice of Ontario, she served two terms as Chair of the Judicial Appointments Advisory Committee for South and West Ontario.

She has participated in many international justice projects and is a member of the Judicial Advisory Committee to the Commissioner for Federal Judicial Affairs on International Engagement. She is a member of Council and a Regional Vice-President of the Commonwealth Magistrates' and Judges' Association and Chair of its Gender Section. She also serves on the Advisory Board for the Global Judicial Integrity Network–United Nations Office on Drugs and Crime. 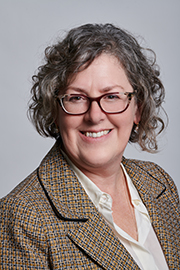 Dr. Karen Bird is Professor of Political Science at McMaster University, where she served as department Chair from 2017 to 2022. Born and raised in Hamilton, she received her BA (Honours) from Wilfrid Laurier University in 1988 and her PhD from the University of Minnesota in 1997. She has held visiting appointments at universities and research centres in Paris, Grenoble, Lille, Aarhus, and was most recently a senior fellow with the Electoral Integrity Project at the University of Sydney (2016). Her academic research focuses on electoral systems, political representation, and democratic inclusiveness of diversity in countries around the world. 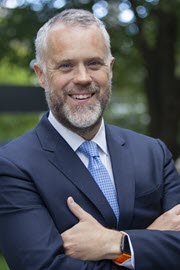 Peter Loewen is a Professor of Political Science and the Director of the Munk School of Global Affairs and Public Policy. He began at the University of Toronto as an assistant professor in 2010 and was promoted to full professor in 2018. He received a PhD from the University of Montréal in 2008. His academic research is concerned with democratic institutions, political behaviour, and the role of technology in governance. He has held visiting positions at Tel Aviv, Melbourne, Stanford, and Princeton.